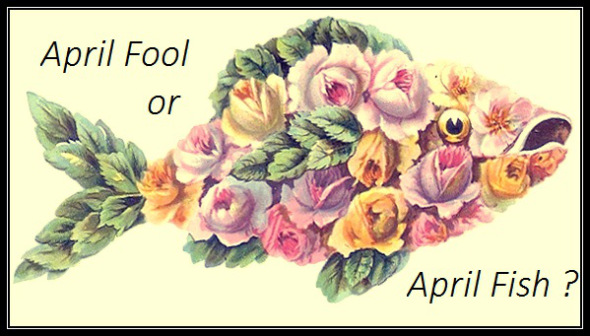 In many countries, the first day of April is a day to play harmless jokes on family and friends. This usually consists of telling a farfetched story in such a way that it sounds like it could be true. When the other person falls for our joke, we exclaim, “April fool!” and have a laugh. In France, they play the same sort of jokes, but instead of saying “April fool!” they say, “poisson d’avril!” which translates into “April fish!”. One of the favourite “April fish” jokes among French children is to tape a paper fish to someone’s back without them knowing it.

Why April fish?
To find out why these jokes are called April fish, we have to go back to 1564 to the time of Charles IX, or Charlie 9 as we like to call him. Up until this time, the New Year…

By bjaybrooks on March 25, 2014 | Leave a comment
Posted in: Uncategorized 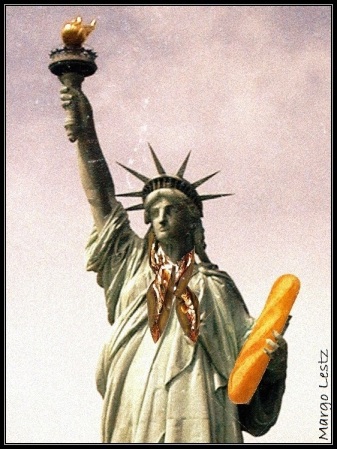 Lady Liberty showing her Frenchness.
Might this have been Bartholdi’s original design ?

The Statue of Liberty is one of the most recognised symbols of the United States.  But did you know that Lady Liberty is an immigrant?  It’s true, she’s a French woman by birth who has made New York her home.  (No wonder she’s so elegant.)

There are replicas of this monument throughout the world and now, Nice, France has one too.  The Quai des Etats-Unis, “Quay of the United States” which fronts the Old Town has been given a facelift and a new statue of Lady Liberty adorns the way.  She’s a bit on the short side, only 1.35 metres (4 ft 5 in) but apparently she is cast from an original mould signed by Bartholdi, the sculptor who made the big one in New York.  And speaking of the Grand Lady in…