I had my thirty-first birthday last Sunday. The cool thing about having a birthday fall on a Sunday was that I got a birthday weekend’s worth of celebrations instead of merely a day’s worth. The weekend was quite incredible!

The celebrations began Friday right after work with coconut cream pie. I decided to switch it up this year and have pie instead of cake. As the pie was being enjoyed by my parents, brother, and myself I was presented with an amazing gift. A polaroid and digital camera all in one was thoughtfully given to me from my mother and father. I’m in love with this camera! If you see me out and about anytime soon I’ll most likely have the Z2300 Polaroid with me! If you want your picture taken on the spot and then a copy for your wallet twenty seconds later I am most definitely your man…

For the past fifteen or more years our family has made our annual trek to St. Charles, Missouri the Friday after Thanksgiving for the profound purpose of entering the Christmastide of Charles Dickens.  St. Charles is the third oldest city in Missouri and was founded in 1769.  It was the first capitol of Missouri from 1821 to 1826.  Its’ cobblestone streets and quaint ancient shops are a joy to behold at any time of the year but the festivities surrounding Christmas add an ethereal glow to the hamlet.

In an effort many years ago to escape the crush of shoppers and general stress associated with Black Friday we visited for our first time in the late 90’s.  Our spirits were elevated, when we had no more than began our day, by being encountered by Tiny Tim and his doting father Bob Cratchit.  The streets were adorned with victorian Christmas decorations, marching bands, and carolers.  Have you ever tried roasted chestnuts?  A tall man in authentic attire for the time is roasting them in what I am sure must be the manner prescribed in victorian England. 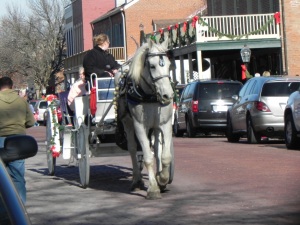 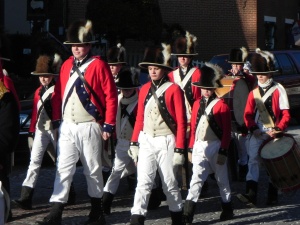 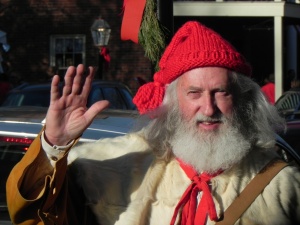 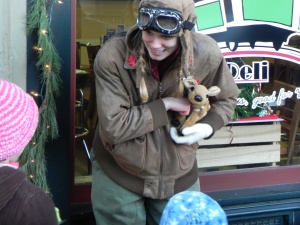 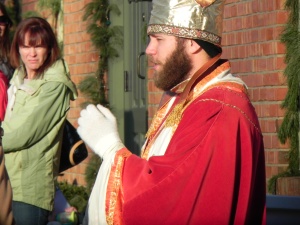 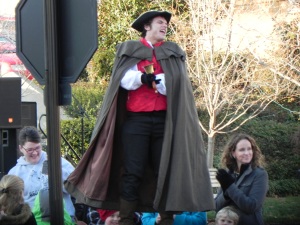 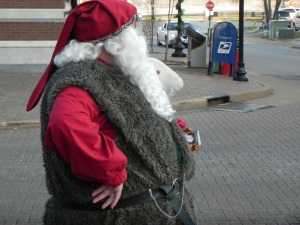 Children and children at heart eyes sparkle as they interact with the many diverse characters depicted including numerous Santa Claus, St. Nick, and others from all over the world. 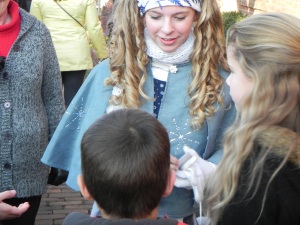 After attending for many years we thought our sons must surely be tired of the same destination each year and decided not to go.  We quickly found that they were not only disappointed but indeed some of the shine from our Christmas festivities had been diminished by our untoward abrupt change.  Nevertheless we returned the next year and every year since.  Aaron and Jonathon are now in their thirties…but still we look forward to our annual holiday tradition of St. Charles. 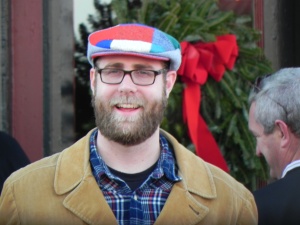 The Christmas season is undoubtedly my favorite time of the year for a multitude of reasons but none more important than the additional effort…if but for a short while…of peace on earth and good will good will to our fellow pilgrims on our shared life journey. 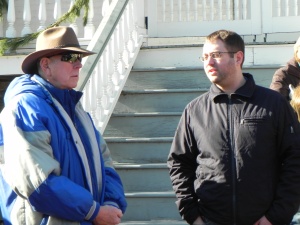