Yesterday, Mary Jane, Aaron, and I saw the movie, The Post.

‘The Pentagon Papers, officially titled United States – Vietnam Relations, 1945-1967: A Study prepared by the Department of Defense, is a United States Department of Defense history of the United States’ political-military involvement in Vietnam from 1945-1967.  The papers were released by Daniel Ellsberg, who had worked on the study; they were first brought to the attention of the public on the front page of the New York Times in 1971.  A 1996 article in the New York Times said that the Pentagon Papers demonstrated, among other things, that the Johnson Administration ‘systematically lied, not only to the public but also to Congress”.   Wikipedia

After the initial New York Times publication of some of the Pentagon Papers they were prohibited from publishing further by a Federal Judge.  Daniel Ellsberg, then, took the Papers to the Washington Post where, after, considerable debate and fear of, perhaps prison, Katharine Graham, the Post’ owner, decided to publicize the Pentagon Papers.

The Supreme Court heard the case involving both the New York Times and the Washington Post and decided in a ruling, 6 to 3, that the Papers could be publicized.

Justice Black, wrote in his opinion, that ‘freedom of the press was intended for the Governed not the Governors.’

The Pentagon Papers, clearly illustrated, that the Presidents who were involved in sending our young men to war…and many to their death…knew for several years the the war was unwindable. 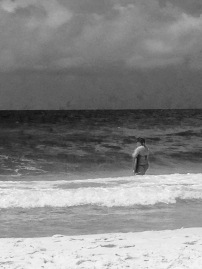 I saw Daniel Ellsberg at the Wham building on the Campus of Southern Illinois University in the mid 1980’s.  He was giving a lecture in Davies Auditorium.

Those in power prefer to have their decisions not questioned.

There is a feeling, among many, in our Country that we have to blindly trust those who we elect to leadership positions.  That they know best and that we, the people, cold not possibly understand the intricacies of the decision making process that our presidents have to undergo.

The lies surrounding the Vietnam War were perpetuated by both Democrat and Republican presidents.

History has shown that the preponderance of the reasoning for continuing with the War in Vietnam was the desire for each president to not be the one who lost the War on their Watch.

Yesterday, a false Ballistic Missile Alert was broadcast in Hawaii.  The people on the islands, that are the nearest state to North Korea, were devastatingly frightened.  It was over twenty minutes before the error was corrected.  Many who endured the mind numbing mistake said that it illustrated how unprepared that the government was for a nuclear attack. 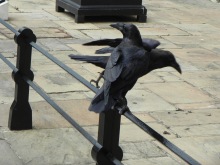 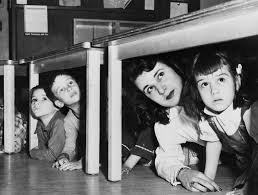 Just as quickly as the mistaken bomb warning occurred in Hawaii…is just how fast a real nuclear bomb warning will occur.

There will not be a long period of time to hide from the devastation…that is how our governments have designed these weapons of mass destruction.

Measuring who has the Biggest Nuclear Button…is not the answer. 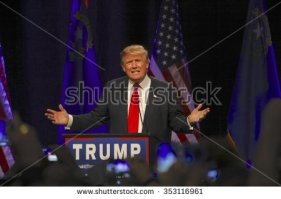 We all have our own philosophy of life.  We have different views of faith and politics and what constitutes a proper attitude toward life.

But as former President Kennedy said, ‘Our most basic common link is that we all inhabit this planet.  We all breathe the same air.  We all cherish our children’s future.  And we are all mortal.’

‘First Amendment – Religion and Expression. Congress shall make no law respecting an establishment of religion, our prohibiting the free exercise thereof, or abridging the freedom of speech, or of the press; or the right of the people peaceably to assemble, and to petition the Government for a redress of grievances.’ 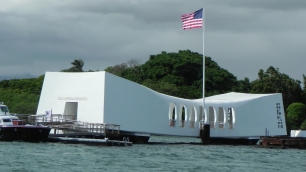 ‘The Emperor’s New Clothes’  is a short tale written by Danish author Hans Christian Anderson, about two weavers who promise an emperor a new suit of clothes that they say is invisible to those who are unfit for their positions, stupid, or incompetent – while in reality, they make no clothes at all, making everyone believe the clothes are invisible to them.  When the emperor parades before his subjects in his new ‘clothes’, no one dares to say that they do not see any suit of clothes on him for fear that they will be seen as stupid.  Finally, a child cries out, ‘But he isn’t wearing anything at all.’    Wikipedia