Pastor Janice spoke today regarding the story of Jonah and the Big Fish.

Two words that caught my attention, during the sermon, were reconciliation and redemption.

Reconciliation – ”The act of causing two people or groups to become friendly again after an argument or disagreement.  The process of finding a way to make two different ideas, facts, etc., exist or be true at the same time.’   Merriam-Webster Dictionary

Indeed, our world is sick from the divisions of people and ideas and ideologies that have segregated us into our tribes comprised of those who are likeminded with us and who look like us and who act like us.

I spent over 32 years as part of the Southern Illinois University Community.

During my career I experienced, first hand, the division that occurred by simply being a member of the Service Sector of the University, the Physical Plant, as opposed to the Academic Community or the Student Service Community.

Silos were formed…and they became impenetrable.

Colleges looked out for their primary interests and worried little about the causal effect of budget cuts on staff that were not a part of their division.

Our government has shut down.  The first time since 2013.

Then finger pointing is explicit and unending.

Congress, which is a separate and equal component in our government to the Executive Branch and the Judiciary…has decided that they will retreat to their own enclave and throw verbal stones at the other party…in the hopes that they can achieve the voters sympathy for their point of view.

Our founding fathers formed our great democratic experiment as a government of checks and balances and based it on compromise.

I watched the live Senate proceedings leading up to the shuttering of our government at midnight.

The newscasters were highlighting the movements of individual Senators as they huddled with not only members of their own party but the opposing party.

It appeared that…compromise…might be about to emerge.

Then, the majority leader and the minority leader spoke…and all hope was diminished…as they each threw mud at the other side and the president and offered no solutions.

Recently, it has become in vogue or popular to express prejudicial and biased sentiments.

The president does it on a regular basis…and now many who held their dark feelings, ‘close to their vests’, are proud of their Aryan sentiments…and it seems all the rage to demonstrate, for many, that they believe that to Make America Great Again…is to make american white again.

There is little doubt that the president’s racist remarks regarding Africa and Haiti were much of the reason for the breakdown in talks, that appeared to be on track to avoid a government shut down, instead enabled the subsequent shut down.

Former President Reagan said that he often wondered if the Earth were under the threat of imminent attack from aliens from outer space…would we become united as a human family? 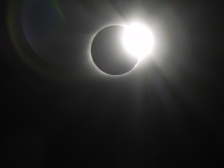 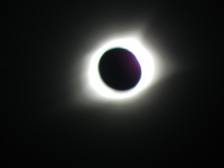 When will we humans finally realize that we must lay aside our prejudices and bias and differences of opinion and work together for the survival of our species?

Some events bring us together.

Natural disasters seem to bring out the best in us for helping our fellow man.

Wars cause us to rally together as well as economic collapse such as the Great Depression.

Faith is a great reconciler…if listened to and headed.

Our common belief in God and the ultimate wisdom of the Creator is a strong motivator to learn to live with the creation that he fashioned in his own image.

If each of us would just reach out to one person that is different than us.

One person who is of a different faith.

One person who is of a different color.

One person who is hungry.

One person who is cold.

One person who has lost all hope and is contemplating suicide.

One person who is lonely and is backward and is afraid to interact with others.

One person who is bullied.

One person who is disabled.

We have hitched our star…to the false construct…that is money.

Money has become the measure of all things.

Our political leaders are wealthy.

When people are picked for Corporate or University Boards of Trustees the controlling criteria is often money.

Leadership is directly equated with how much money has the person accrued.

I saw an important documentary regarding the astronomical increase in the price of Art.  Art, at it’s highest levels has become a venture for the mega-wealthy.

Throughout the film it was illustrated that the value of the Art was in no way tied to its’ true worth…but rather what billionaires were willing to pay for it. 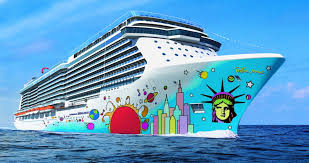 The same would be true for our present distress.

Often we assign value to monetary worth.

Our christian hymns promise us mansions and streets of gold…in heaven.

We assume that Donald Trump will be a success as president because he is a billionaire.

President Abraham Lincoln was not wealthy.

Mother Teresa was not wealthy.

Mahatma Gandhi was not wealthy.

‘An eye for an eye only ends up making the whole world blind.’   Mahatma Gandhi

‘Peace begins with a smile’

Yesterday is gone.  Tomorrow has not come.  We have only today.  Let us begin.’

‘Spread love everywhere you go.  Let no one ever come to you without leaving happier.’   Mother Teresa

‘Whatever you are, be a good one.’

‘I am a slow walker, but I never walk back.’    Abraham Lincoln 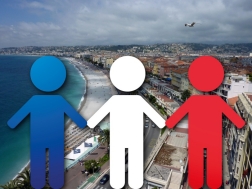