We have returned from another Maine adventure!

After landing at Portland we drove our, Ford Fusion, rental to the Ocean Point Inn and Resorts at about 9:00 pm.  As we passed a little, ocean front cabin called Seaward, Mary Jane announced that it was the cabin that we would be staying in for the week.

The main offices for the Resort were just a few steps away from our cabin and we checked in and purchased some Whoopi Pies, a Maine desert delicacy, and some Blueberry soda.

There is a different tempo to life in Maine!  Mainers are laid back and welcoming of guests.  The breakfast, that was included in the price of the lodgings had the most wonderful Scotch Eggs and crisp bacon accompanied by hash brown potatoes that were to die for! 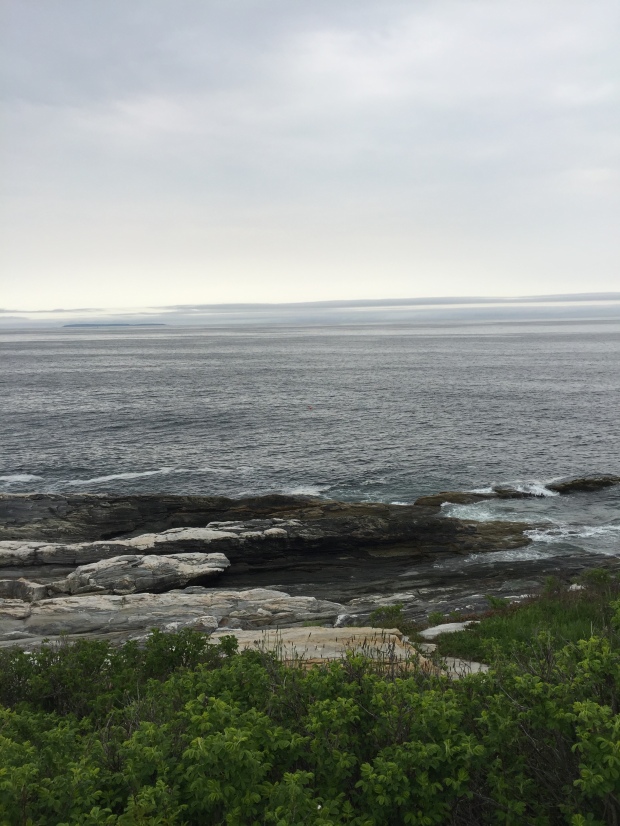 We visited several little towns during our stay including; Bath, Camden, Freeport which is the home of the renowned clothier, L.L. Bean and their signature store.

As we were pursuing the art galleries and speciality stores in Bath we encountered the, ‘Town Cryer,’ who had the most distinct Maine accent that I have ever heard!  He had been given some placards of notice to distribute to the businesses throughout the community and when the owner of the gallery that we met him in, asked if she could have both the large placard as well as the small one…he unhesitatingly announced that she could not as he had been instructed to only leave one per business establishment!

There was a, relatively, new Brewery in Bath…and we decided that we must sample it’s product! The nicest waitress served us and I swear that she admired the, younger, Brooks men!

In Camden we enjoyed a delicious seafood meal on the dock adjoining the restaurant that we were eating.  I had the most wonderful fried oysters, as did Aaron, while Mary Jane relished the fried clams! 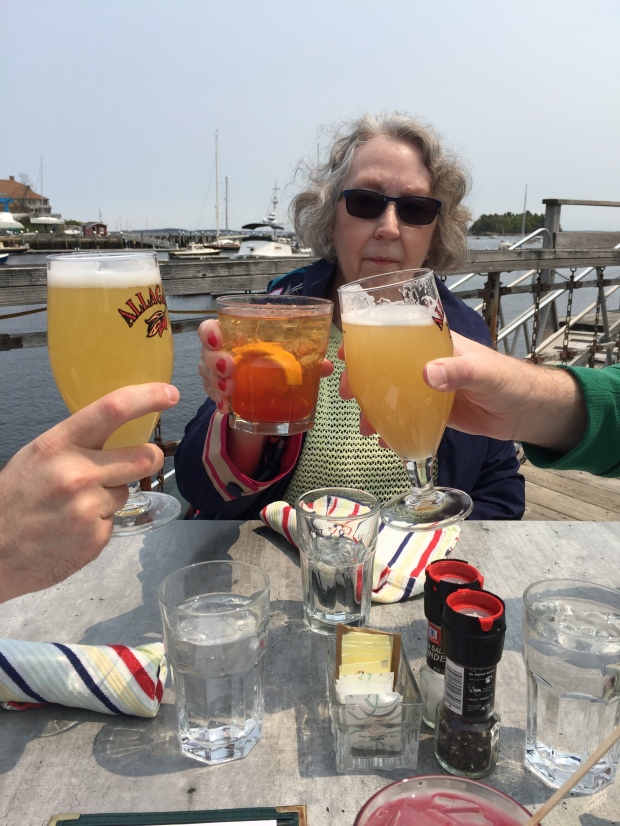 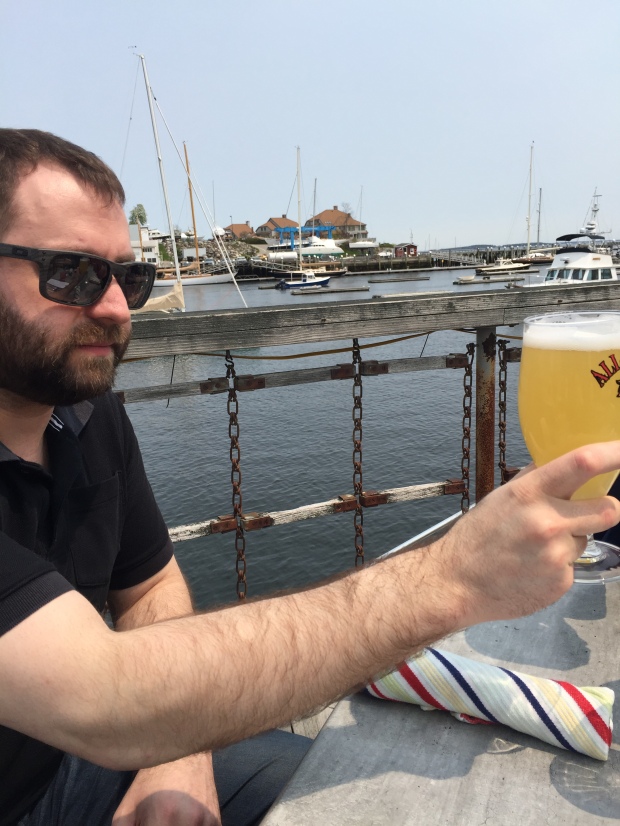 As we were enjoying our wonderful seafood, an oarsman passed by and loudly announced that he was late to lunch and he must hurry! 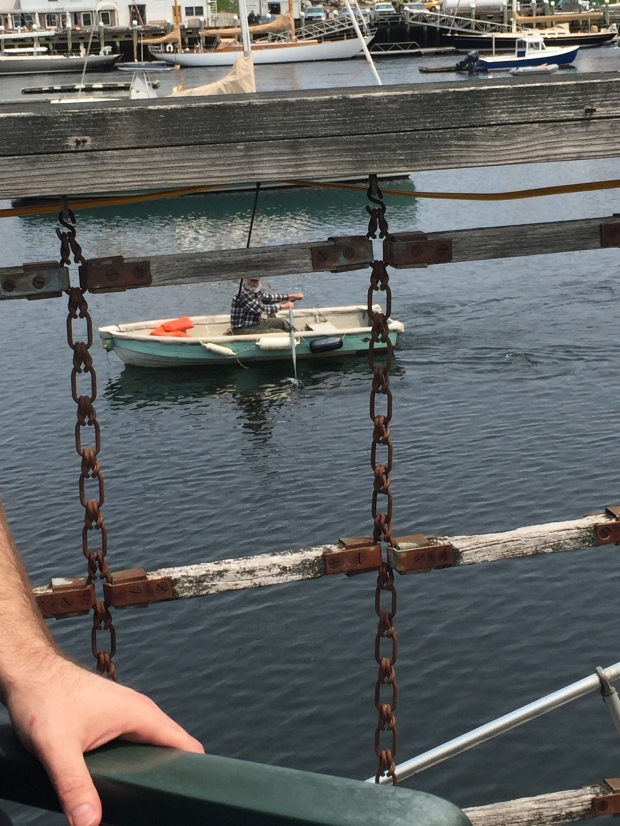 I have often considering relocating to Maine…if it was not for the bitter winters!  When I asked a art gallery owner how the winters were in Maine, as she was a transplant from central Illinois forty years ago…she said that twenty years ago it was nothing unusual for Bath to receive two feet of snow that lingered throughout the winter and for them to have at least a couple of weeks with temperatures below zero.

The captivating allure of Maine has a siren song that keeps drawing me back! 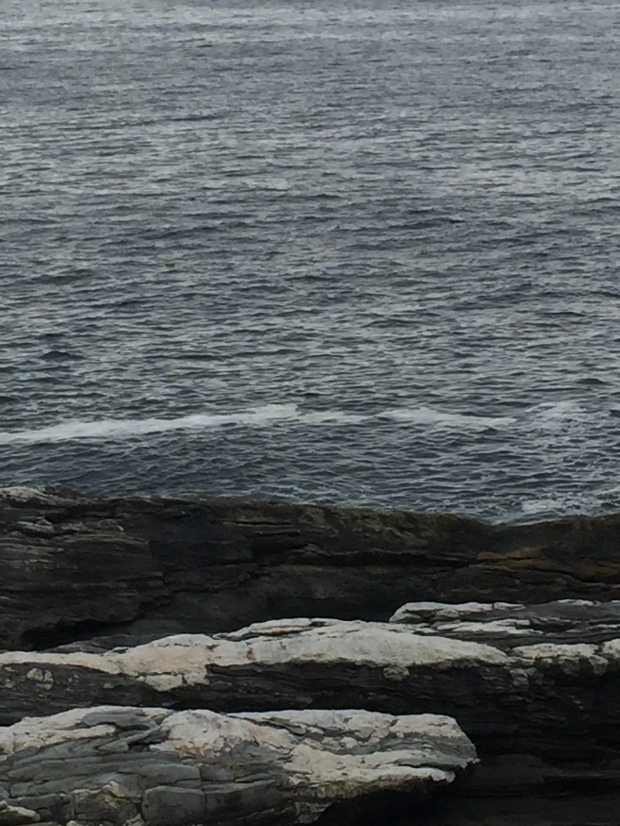