I am sitting on my screened in porch and enjoying watching the rain fall and listening to the thunder peal!  I have always found rain and mild thunderstorms peaceful and serene and they have a magnetic pull on my psyche.  There is something about the implied danger of a thunderstorm and feeling safe while you are in the midst of it. 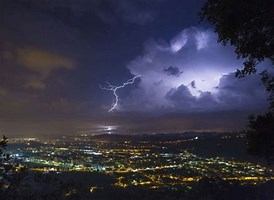 I have not always been brave and a casually observer of storms.  When the derecho rampaged through Southern Illinois in May of 2008…I began observing as a curious interested storm watcher.  I was on campus at the Physical Plant speaking with director Gatton.  He told me that I should go to the basement as the weather reports promised an unusually strong thunder storm. I informed the director that I had seen many strong storms and that I had not feared one yet but rather enjoyed watching them and that I had watched one from the front door of my little house in Elkville and witnessed a storm uproot two large trees from the ground as if they were saplings and lay them over into the street in front of my house!  At that moment I saw the windows in the building move in and out as if they were bellows and the large air conditioner that was outside Building Services move about as if it were a tinker toy!  I decided that I would join the others in the basement.

My step-father, Earl, was extremely afraid of storms.  When the wind would begin to roar and the lightning illuminate our darkened house…he would call for my mom and I and his chihuahua Cheetah to run to one of his vintage automobiles to attempt to escape the imminent devastation of what was assuredly a tornado!

Now, Cheetah was a mean little shit…and she offered to bite me almost daily…but when the call for escape from tornado alley came…she was docile as a lamb. 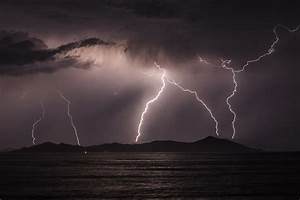 You know what…I felt safe in the car with Earl driving and looking out of his open drivers side window and, at times, opening his car door to study the foreboding skies.  Earl had fought in Korea.  He had been injured and almost died…but he did not!  He had the same job that Glenn Campbell sang about, he was a lineman for the county.  I went with him to work the day before Christmas and watched him shinny up a electrical pole faster than most folks walk on level ground!

Storms surround our daily lives.  Wether it be domestic storms or employment storms or health storms…or storms of faith…we all have an ‘Earl’ with us!  We have someone that we know will protect us and help us and who will not let us come to harm.  For me it has been Christ and his guardian angels who have extricated me from so many storms that would have overtaken me…had I not had a bodyguard and a friend and a mentor. 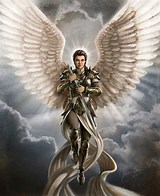 ‘For his anger endureth but a moment; in his favor is life: weeping may endure for a night, but joy cometh in the morning.’    Psalm 30:5   KJV