The Insidious Banality of Racism

I had the pleasure of viewing the new Spike Lee Film, ‘Blackkklansman’, earlier today.

The movie is based upon the true story of Ron Stallworth, who was the first African American to be hired by the Colorado Springs police department in the late 1970’s.

Mr. Stallworth told his story in his memoir, ‘Black Klansman’, and his book is the basis for the movie.

After first being assigned to the Records Room where he experiences the request of, white officers, asking him to retrieve the records of various, black, suspects…which they refer to as ‘Toads.’

When he informs the officer that he does not have, ‘any toads in the files…just humans’, the, bigoted white officer, thanks him by addressing him as, ‘officer Toad’.

Mr. Stallworth is soon transferred to the undercover detective division.  As he sits at his desk one day, reading the paper, he notices an advertisement recruiting membership into the Ku Klux Klan.  He picks up his telephone and immediately is speaking with the ‘wizard’ of the local KKK…and he wants to meet him. 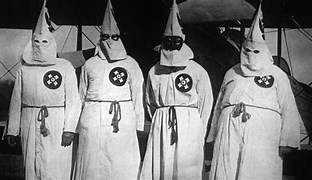 The in person meeting is facilitated by a jewish member of the detectives being the face of Mr. Stallworth. 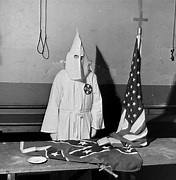 The films depiction of the insidiousness of bigotry and the banality of its execution…that was accepted as normal and relished in and encouraged by the white majority population….was frightening and  gripping. 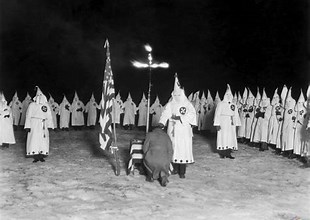 David Duke, who was the Grand Wizard of the Ku Klux Klan, at the time, was depicted in the film and had many conversations with Mr Stallworth, on the telephone and subsequently met, Phillip Zimmerman, the white officer depicting the Black Klansman…in Colorado Springs…for his induction into the KKK.

Blackkklalsman, illustrates the bigotry that the KKK has against Jews through the continual questioning of the Jewish officer, portrayed by, Adam Driver, by one klansman, in particular, as to his heritage.

Toward the conclusion of the movie David Duke is shown in news footage of late…extolling his support for President Trump. 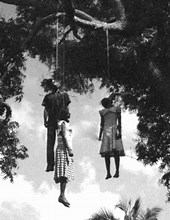 On August 12, 2017, ‘A Unite the Right’, rally in Charlottesville turned deadly when a 20-year-old Ohio Man allegedly accelerated his car into a crowd of counter-protestors, killing 32-year-old Heather Heyer and leaving 19 others injured, five critically.

Neo Nazis carrying lit tiki torches…and swastikas on banners…marched through the streets of Charlotesville proclaiming, ‘Jews will not replace us’.

‘You also had some very fine people on both sides, Trump said, when referring to the neo-Nazis and white nationalists at Charlottesville.  ‘He also said said that the counter-protestors deserve an equal amount of blame for the violence.’    The Atlantic

I grew up with the insidious banality of racism surrounding me.  African Americans were described with the ‘N’ word and their children were called ‘pickaninnies’.  Someone close to me, in an attempt to be magnanimous to African Americans said, ‘you know…they did not ask to be born black.’

I thought the insidious racism that I heard, while growing up, was senseless and based in learned prejudice.

When I arrived at Southern Illinois University…my first foreman…was African American.  He gave me my start at the university…he treated me like a son…he was my mentor and my friend.

Forty years ago…when I began in Building Services at SIU…it was a white mans club.

There were few African Americans or women working for the organization…and almost none in positions of authority.

I was able to hire many African Americans and women and promote them to positions of authority and recommended the African American woman that replaced me as Superintendent.

The first major that I became a member of at SIU was do to an African American chair of the department being so nice to me and making me feel welcome and allaying my fears of having never taken a college course before and being a member of a family…where no one attended university.

One of my greatest allies and friends…and the first person that I promoted to foreman when I became Superintendent was, Jewel, and she was an African American and I was honored that she wanted to work with me.

I was advised, when I promoted or hired women or African Americans…that I could get around those hires and obtain the white male candidate.  My response was that it was my duty to hire the most qualified.

One of my best friends, Jeff, is Jewish.

One of my favorite chancellors, Sam, is Jewish.

Jo Ann, was my dear friend for many years and she was the first woman chancellor of SIUC.

Alfie, is a African American Muslim, that worked in my office as a student worker.  I was able to assist him with a job and a reentry to the university…and his mom hugs me every-time she sees me…and I tell, Alfie, that, ‘he is my son but he just will not call me daddy!’

The last time that I said that to Alfie, he responded, ‘that he would call me daddy!’

Racism is stupid and it is cruel and it is a learned behavior that is based ignorance…and I still have not done enough to combat it!

President Trump…just today…has said that there will be violence if the Republicans do not win in November.