Yesterday, I purchased the, original vinyl record of Johnny Cash’s performance at Folsom Prison in 1968.  At the end of 1968…I was eleven years old.

I wanted the vinyl record due to having listened to the Audible Book entitled, ‘Folsom Untold’ by Danny Robins.

The story was a fascinating account of Mr. Cash’s performance at Folsom and what a boost that it gave his, then, sagging career!

‘At Folsom Prison is a live album and 27th album by Johnny Cash, released on Columbia Records in May 1968.  After his 1955 song, ‘Folsom Prison Blues’, Cash had been interested in recording a performance at a prison.  His idea was put on hold until 1967, when personnel changes at Columbia Records put Bob Johnston in charge of producing Cash’s material.  Cash had recently controlled his drug abuse problems, and was looking to turn his career around after several years of limited commercial success.  Backed with June Carter, Carl Perkins and the Tennessee Three, Cash performed two shows at Folsom State Prison in California on January 13, 1968.  The resulting album consisted of fifteen tracks form the first show and two tracks from the second.’    Wikipedia

During the performance at Folsom Prison, Glen Sherley was sitting on the front row. He had written a song called, ‘Greystone Chapel’, and he did not know that Johnny was going to perform it.

After his release from prison, ‘Sherley subsequently wrote and performed a number of other songs.  However, despite help from Cash, he was unable to adjust to life outside prison, eventually committing suicide at the age of 42.’    Wikipedia

‘In 1971, CBS Evening News reported that, after 11 years imprisonment for armed robbery, Sherley was paroled.  Cash sponsored Sherley and had helped push for his release.’    The Californian

As Jonathon and I were listening to the Folsom Prison, 1968, recording, I was reminded of my mom and I watching Johnny Cash on his, weekly television program in the 1960’s!

Cash was a captivating performer and his phrasing of a song…caused you to feel the lyrics in your soul!

Many of the asides that are on the live Folsom recording…reminded me of my step-father and his humor.

Johnny Cash was a representative of the dichotomy of our human experience!  He was plagued by many human temptations…and he succumbed to many!

But, he had a heart and a passion and he cared about his fellow man…he looked to Christ for help and succor and understanding of his predicament. 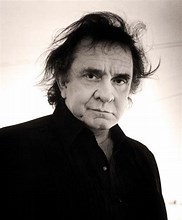 As we listened to Johnny sing to the prisoners in Folsom…it was obvious that he was not putting anything on for their benefit…he understood their nightmare and how they felt and their pain and hopelessness!

I have watched God reach out to man…in many unconventional forms…at Folsom…on January 13th, 1968…God was speaking through a Kingsland, Arkansas singer…named Cash!

There are so many of us that will never be university professors.

Many of us will never know the privilege of attending university or enjoy the support of family and friends and colleagues who will encourage us to expand our academic horizons and reach for the stars!

Many of us…understand the school of hardscrabble and rearing of, ‘bootstrap and belt buckles.’…and often it appears that there is no place for we, unfortunate sons!

Many of us live in the rust belt.

Many of us live in coal country.

Many of us…worked for General Motors!

Many of us are intellectually challenged!

Many of us are physically challenged!

Many of us have returned from serving our country….with…fears and nightmares….and an anxiety that we need assistance to control! 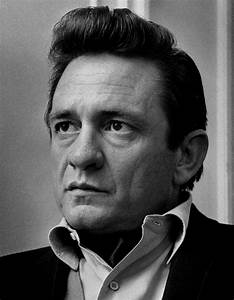 Note:  Photos of Johnny Cash and Glen Sherley are courtesy of Google search.