‘Maundy Thursday (also known as Holy Thursday, Covenant Thursday, Great and Holy Thursday, Sheer Thursday, and Thursday of Mysteries, among other names) is the Christian holy day falling on the Thursday before Easter.  It commemorates the Maundy and the Last Supper of Jesus Christ with the Apostles, as described in the canonical gospels.’    Wikipedia

‘Maundy comes from the Latin word mandatum, or commandment, reflecting Jesus’ words ‘I give you a new commandment.’      Wikipedia

I had a painting, depicting, DaVinci’s Last Supper.  I purchased it, on a gracious payment plan, at Down’s Furniture Store in Elkville, Illinois when I was working for them and I was a lad of 17 years old.  It was one of my prized possessions and I admired it daily! 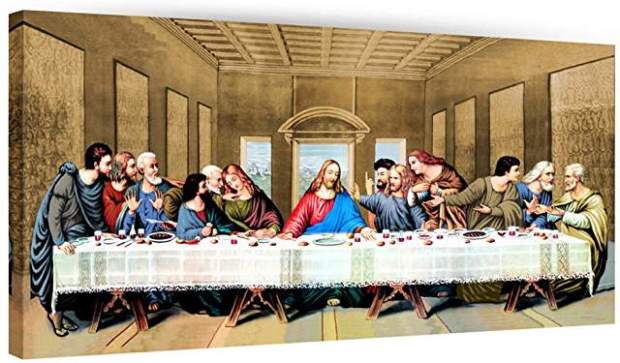 Our little church had a convention and ministers and congregants from all over the country came to our little town, and we, the young men who were living in the house and sharing expenses, kept a minister from Canada.

When the minister saw my, beloved, Last Supper painting…he criticized it as inaccurate and told me that I should be ashamed to have it hanging…in our humble house.

I responded that I would endeavor to forget his crude comments and I would thank him to be a a, grateful, guest…as I would continue to be a welcoming host!

I had a bust of Christ, for many years, that depicted him with his crown of thorns, and weeping.  The artistic depiction was so life like that each time that I beheld it…I pondered on the suffering of Jesus.

Also, I had a painting of Jesus looking over Jerusalem.  Now, the painting was not expensive and I was given it as a gift from my mother…not long after I became a christian.  The portrayal was so empowering to me…as a teenager attempting to follow Christ…that I can visualize it in my mind’s eye…anytime that I think about it. 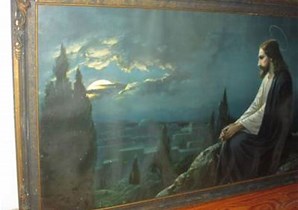 ‘On the first day of the Festival of Unleavened Bread, the disciples came to Jesus and asked, ‘Where do you want to make preparations for you to eat the Passover?’

‘He replied, ‘Go into the city to a certain man and tell him, The Teacher says: My appointed time is near.  I am going to celebrate the Passover with my disciples at your house.’  So the disciples did as Jesus had directed them and prepared the Passover.’

‘When evening came, Jesus was reclining at the table with the Twelve.  And while they were eating, he said, ‘Truly I tell you, one of you will betray me.’

‘They were very sad and began to say to him one after the other, ‘Surely you don’t mean me, Lord?’

‘Jesus replied, ‘The one who has dipped his hand into the bowl with me will betray me.  The Son of Man will go just as it is written about him, But woe to that man who betrays the Son of Man!  It would be better for him if he had not been born.’

‘Then Judas, the one who would betray him, said, ‘Surely you don’t mean me, Rabbi?’

‘Jesus answered, ‘You have said so.’

‘While they were eating, Jesus took the bread and when he had given thanks, he broke it and gave to his disciples, saying, ‘Take and eat, this is my body.’

‘Then he took a cup, and when he had given thanks, he gave it to them, saying ‘Drink from it, all of you.  This is my blood of the covenant which is poured out for many for the forgiveness of sins.  I tell you, I will not drink from the fruit of the vine from now on until that day when I drink it new with you in my Father’s kingdom.’ 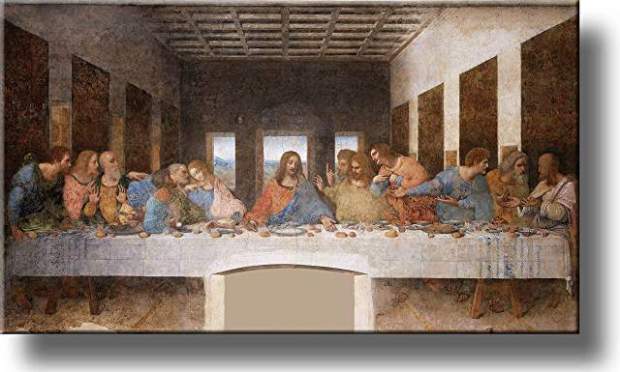 ‘When they had sung a hymn, they went out to the Mount of Olives.’

In our sad and sullen and forlorn world…we need the Last Supper and the crucified Christ…and his resurrection!

The christian gospel is a message of inclusiveness and love.  When I began to follow Christ, as a 12 year old, it did not make me hate or cause me to want to marginalize large groups of humanity that were different than me.  Jesus example was to care for the sick and the poor and the destitute and to love each other as he has loved us!

I attended an Easter Sunrise service, as a young married man with my new and precious wife, Mary Jane!  As we sang hymns and watched the sun come up…I reflected on the opportunity that God had, freely given, his creation…for joy and peace and happiness!

‘For his anger endureth but a moment; in his favour is life: weeping may endure for a night, but joy cometh in the morning.’    Psalm 30:5   KJV

Photo by Pedro Sandrini on Pexels.com 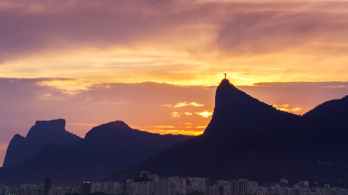 Photo by Fernando Andrade on Pexels.com 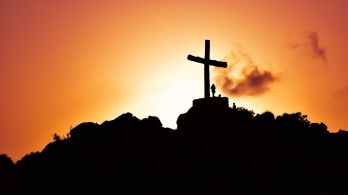 Note: The Last Supper photos and the bust of Christ are courtesy of Google.